You are here: Home > Things to Do > Game of Thrones® Tour – Glamping Mini Breaks at Winterfell Castle 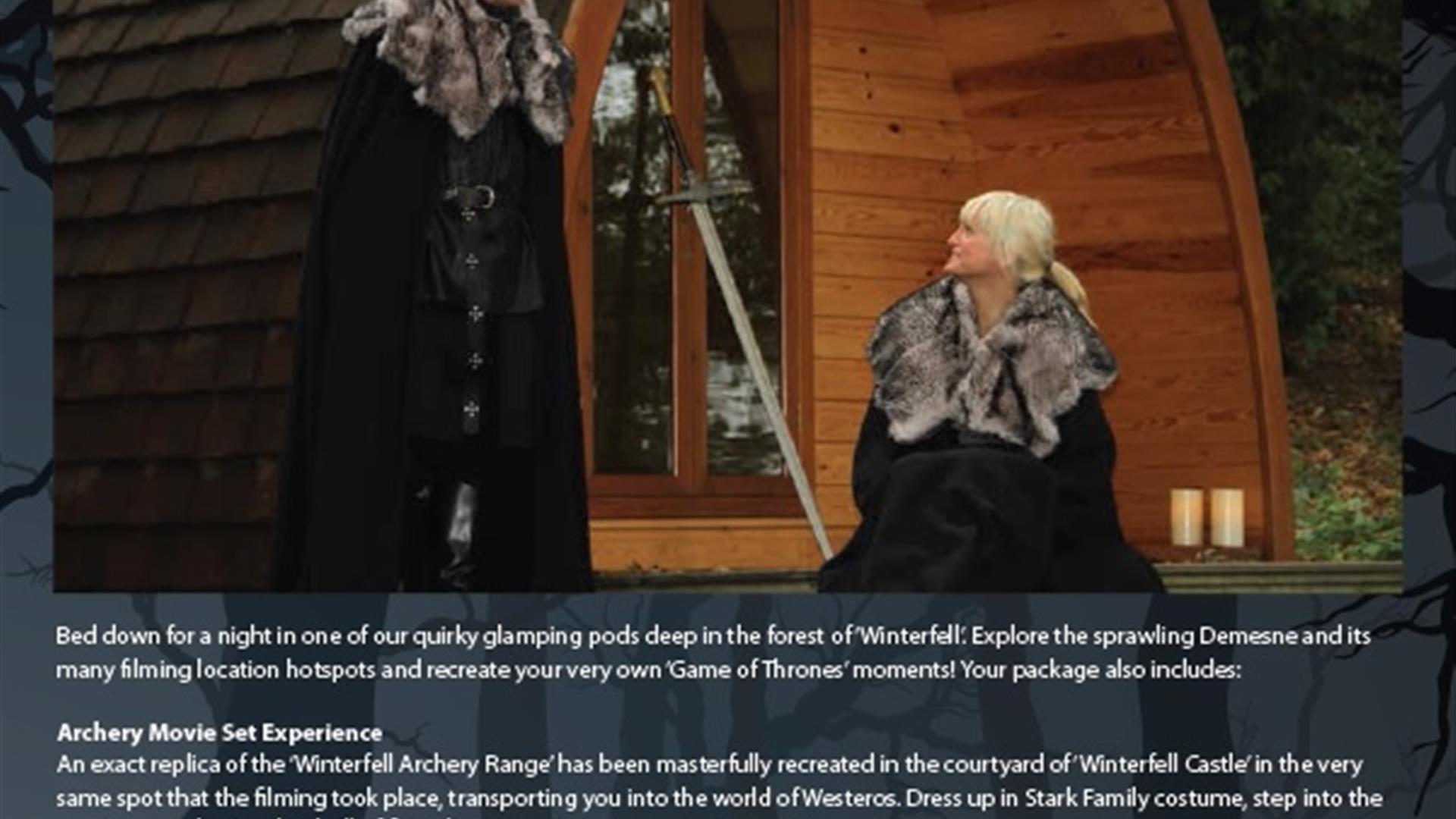 Castle Ward Estate, located just 40 minutes from Belfast, was used extensively for the filming of George R.R. Martin's epic adaption of his Game of Thrones® novels.

Bed down for a night in one of our quirky glamping pods deep in the forest of ‘Winterfell’. Explore the sprawling demesne and its many filming location hotspots and recreate your very own Game of Thrones® moments!

A replica of the ‘Winterfell Archery Range’ filming set has been masterfully recreated in the courtyard of Castle Ward Estate in the very same spot that the filming took place, transporting you into the world of Westeros. Dress up in replica Stark Family costume, step into the filming set and enjoy the thrill of firing live arrows!

As well as Winterfell Castle there are 10 other Game of Thrones® filming location hotspots on the demesne and there is no better way to explore them than by bike. You also get a 'Stark Sack' to ensure you have great fun out there in the wilds of Westeros, containing:

• ‘Medieval Scroll’ Game of Thrones® Filming Locations map (you can keep this as a memento!) – plus some supporting images and text for each filming location
• Medieval Cloak costumes
• Game of Thrones Stark Family live action role play swords

This activity is independently operated by Clearsky Adventure Centre. It is not sponsored, endorsed, or affiliated with HBO or anyone associated with ‘Game of Thrones®’.