You are here: Things to Do > Bloody Bridge Coastal Route 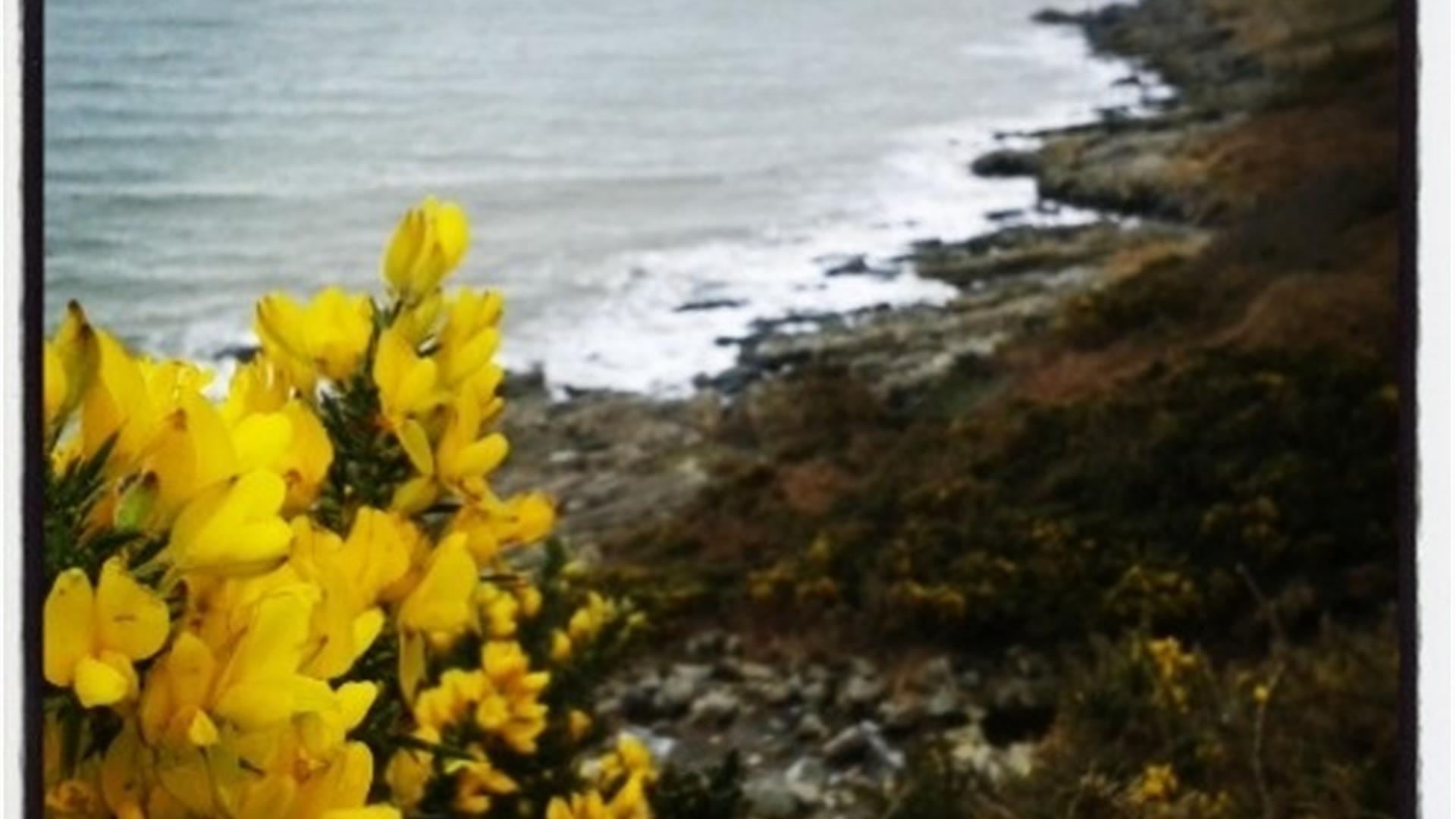 The Bloody Bridge Coastal Route is important for the access it affords visitors to an otherwise generally inaccessible coastline. Have a look at the cliffs around Bloody Bridge as they provide nesting grounds for fulmars, black guillemots and herring gulls. Linnets and Stonechats can be seen among the gorse, while out to sea divers, auks, terns, gannets and cormorants may be spotted. The area's dry heath habitat of western gorse and bell heather is recognised as being of European importance. Interesting rock formations can be seen along this trail. This linear route ends when you reach the rocky shore

Excellent views can be had across Dundrum Bay and, on a clear day, to the Isle of Man.

Route:
This National Trust path can be accessed from several points in the main car park but the best option is to leave the car park by its northern exit and follow the sea cliff path. Continue along the well-worn track down the hill passing over a small foot bridge. Bear right and continue along the track passing over a few stiles and foot bridges. Look out for the ruins of St Mary’s Church along the route. The church is reputed to have been one of the first Christian churches in Northern Ireland. It was at one time referred to as the Ancient Church of Ballagh-a-Neir. This is one of the very few medieval relics of Mourne and all that remains today are the foundations of a nave and a small chancel. This scenic, rocky coastline offers great variety in terms of natural heritage – unusual rock formations, rare plants, a variety of birds etc – and it is more easily accessible for those who might find a mountain walk too challenging. In the 1800s, this path was used by smugglers, in a bid to escape the watchful eyes of the Customs officers. After landing their cargo on open beaches, under the cover of darkness, the goods were then carried through the mountains on the backs of small ponies (shelties) before being distributed further afield. Smugglers rarely leave traces behind however this track has been aptly named the “Brandy Pad” as it was the main channel through the Mournes for a range of smuggled spirits and goods including wines, tobacco, sugar and silk.