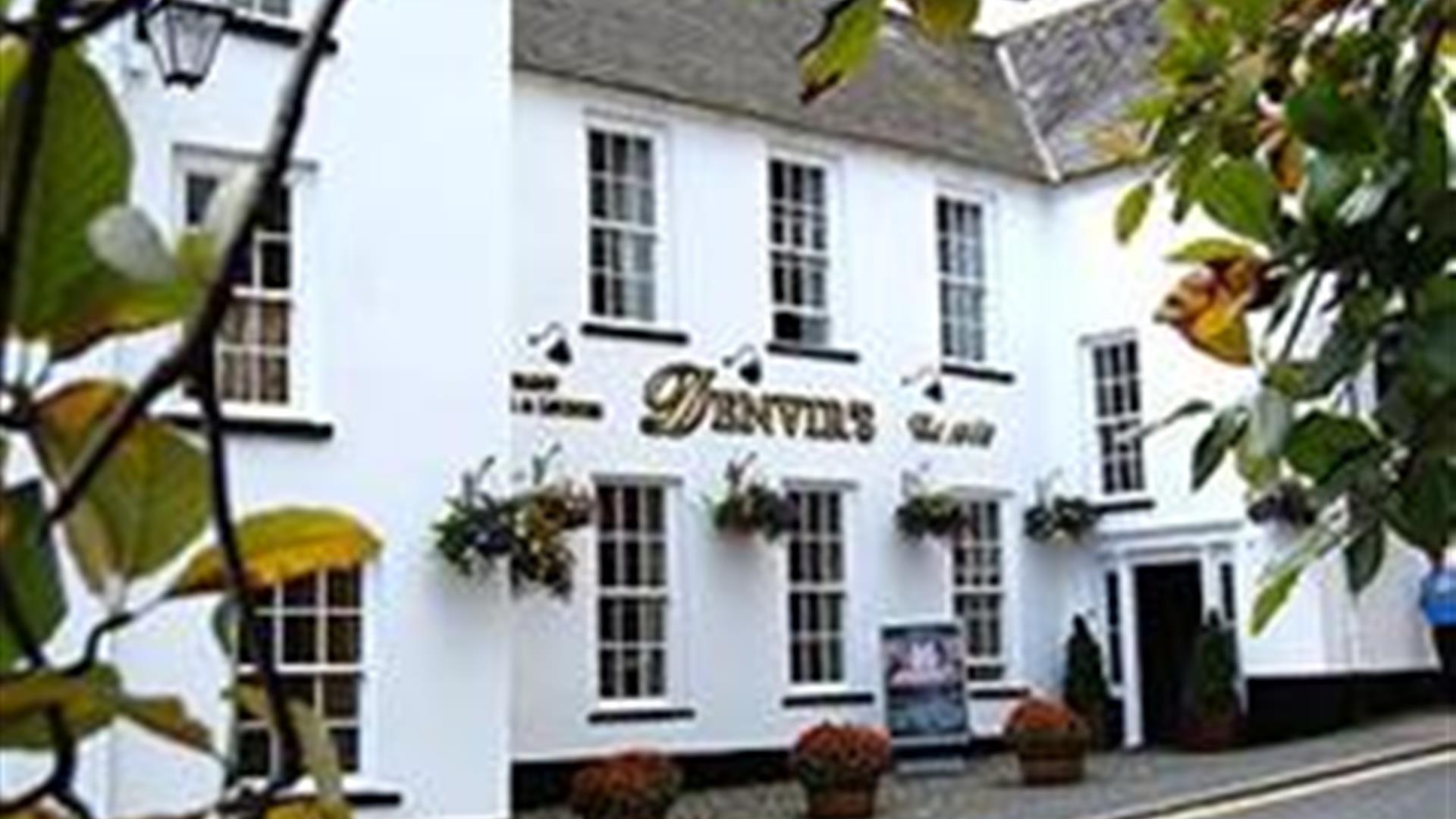 Denvir's is a charming Coaching Inn dating from 1642 with a daily restaurant service.

Situated in the centre of Downpatrick, close to all the historic attractions including, the premises also provides bed and breakfast and has entertainment four nights per week. All rooms are en-suite. Meals can be served in the restaurant, the bar, and in either of two function rooms, suitable for larger parties. Various menus are available from breakfast through lunch to a la carte, and the kitchen team will be flexible in providing special menus when required. We have a long tradition of sheltering travellers and we will endeavour to ensure that your visit will be a memorable one.

Denvir's was the first Inn in Downpatrick, established by John and Ann McGreevy. John had been a soldier in the army of Charles I and accepted the land as payment for his services. Since then the premises have enjoyed a rich history some examples of which are as follows.

In local tradition Denvir's is said to have the privilege that, in the recess at the front on English Street, a debtor could not be arrested for so long as he chose to remain. This is thought to have resulted from the right of sanctuary transferring from the nearby Cathedral when it was in ruins. Material from it was used to cobble the ground in the recess. However, present day defaulters might be unwise to rely on the protection of this tradition!

The association with the name Denvir stretches back to the late 18th century. One member of this family, in the middle of the 19th century, after service in the American Army, headed the ordnance survey of the Rocky Mountains and gave his name to the town of Denver, Colorado.

During his repeal campaign Daniel O'Connell visited Downpatrick and was feasted in Denvir's. After dinner he addressed the crowd which had gathered from the upstairs window of the Drawing Room, now a function room.

Our staff and our locals will be delighted to share these stories and more when you visit.