You are here: Home > Things to Do > Kilnasaggart Inscribed Stone 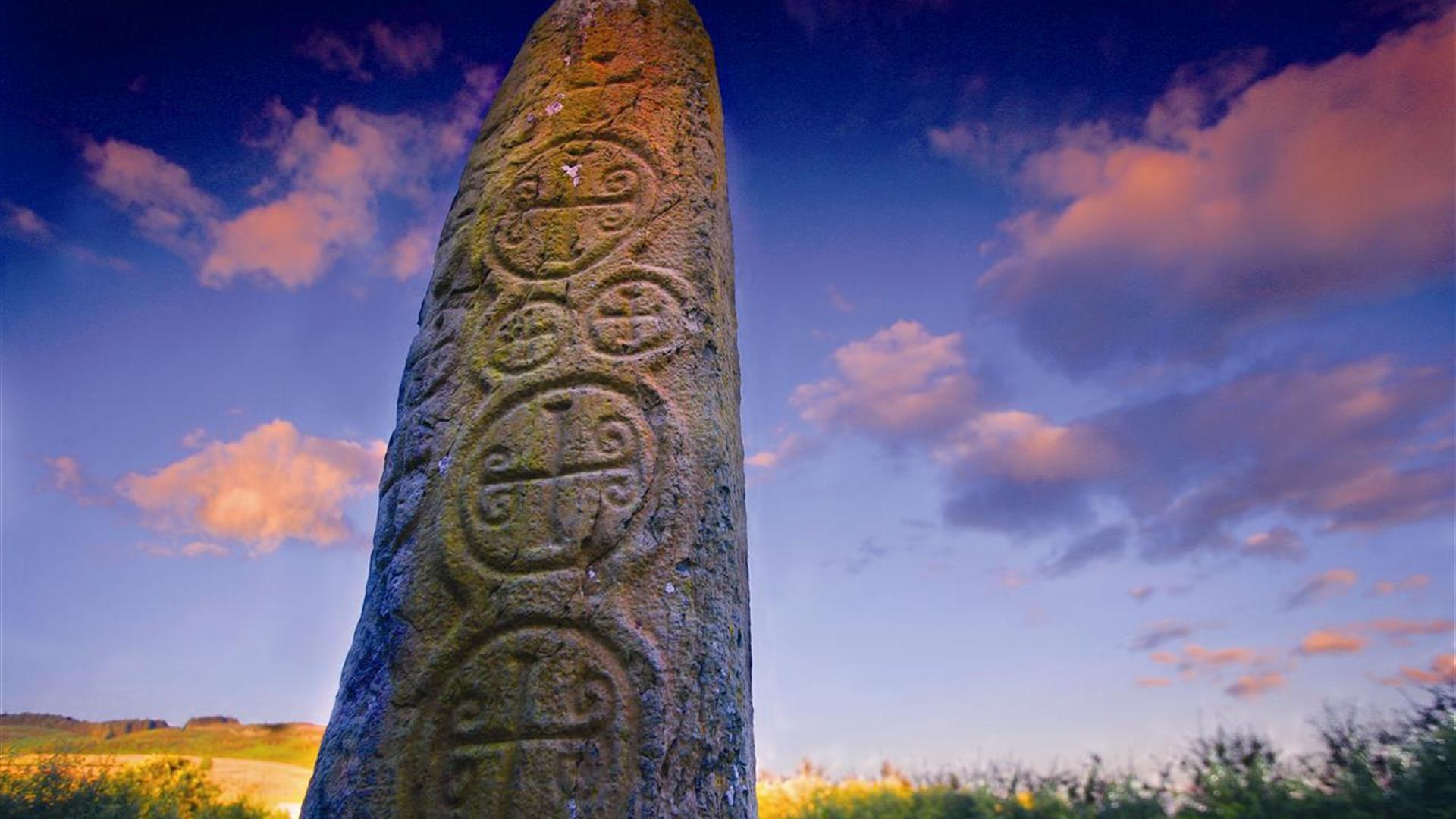 'Cill na Saggart' means the 'church of the priest'. Standing at almost 2m tall, Kilnassagart Inscribed Stone is regarded as being one of the oldest inscribed stones in Ireland. It stands on the ancient road which ran from Tara in County Meath and through the Moyry Pass to Dunseverick Head on the North Antrim Coast (Sighe Midhlachra).

It has a total of 13 crosses on its faces and the inscription, ‘This place, bequeathed by Temoc, son of Ceran Bic, under the patronage of Peter, the Apostle.’ Temoc’s death was recorded around 714, which sets the stone in the 8th century. Excavations at the site in 1966 and 1968 revealed an early Christian graveyard with graves oriented radially around the pillar and facing towards the rising sun. It is thought that a church was probably located nearby.

The Stone can be found 2 kms south of Jonesborough in the townland of Edenappa, close to Moyry Castle and the border with County Louth.